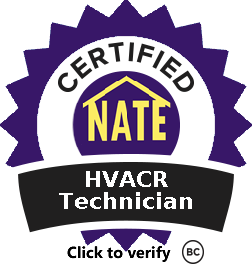 What you need to know...

Air conditioning repair is an essential service in the Phoenix area. Air conditioning is a basic need for most houses in that are located in temperate climates. While winter cold can be dealt with somewhat intuitively, by burning gas or running an electrical current through a heating element, the concept of refrigeration is a little less intuitive. Although air conditioning is commonly thought of as producing cold air, this is actually a bit inaccurate. Producing cold is not a valid concept, as cold is simply the effect of moving heat away from or out of something.

Swamp coolers produce cold air by using the heat in the air to change water from a liquid to a gas. However, swamp coolers (as the name would imply), make the air quite humid. Thus, they do not work to cool the air very effectively if the air is initially humid.

Air conditioning units work on a different principle. They use a compressible gas to move heat from inside a building to the outside. That gas is heated up and cooled off at different points in the cycle, which converts it from a gas to a liquid and back again. Driving this whole process is a powerful compressor. The compressor uses many more times the energy as a fan in a swamp cooler. Air conditioning works much more effectively than a swamp cooler by cooling and drying the air. However, the trade-off is a higher electric bill.

To offset the high bills caused by running air conditioning during the summer, many homeowners turn to making the home itself more efficient, reducing the need for the air conditioning to run. One such strategy is simply to set the thermostat to a higher temperature. If the home will be empty during the day, there is probably no need for the house to be crisp and cool. Try setting the air five degrees warmer when the last person leaves the house. Then, return it to a comfortable temperature when everyone returns home. This can do wonders to keep the electric bill lower.

Another longer term strategy is to plant trees near the house, on the south side or in front of windows on the east and west sides. The shade will keep the house cooler, which will lessen the need for air conditioning. If the trees are deciduous, they have the benefit of allowing sunlight through in the winter when the house needs to stay warmer. This will have the effect of reducing the HVAC bill throughout the year.

Click here to learn about financing air conditioning & heating repairs or replacement or call us at 602-717-1610 today!